The quantity and average price of China’s imported tinplate are decreasing year by year. With the development of domestic tinplate production, the self-sufficiency rate of tinplate is gradually increasing, and the import volume of tinplate is decreasing year by year. From January to July 2016, China imported a total of 28,000 tons of tinplate (tinned iron, chrome-plated iron), a year-on-year decrease of 33.2%. The average price of China’s imported tinplate was US$644/ton, a year-on-year decrease of 19.4%. Although China’s tinplate imports are declining year by year, the domestic imports of tinplate in 2013 amounted to 126,000 tons, a sharp increase of 50.7% year-on-year. Among them, 40,400 tons of chrome-plated iron were imported, a sharp increase of 662.6% year-on-year, and the average import price was US$761.5/ton, a sharp drop of 28% year-on-year. The sharp drop in the average import price was the main reason for the increase in domestic imports of chrome-plated iron in 2013, reflecting Weakness in the foreign tinplate market.

The average export price of Chinese tinplate has gradually decreased, and the export volume has gradually increased (except in 2015). Before 1997, due to the slow development of domestic tin plate production, the consumption of tin plate mainly relied on imports to solve the problem. The self-sufficiency rate of tin plate has been very low, which was only 31.2% in 1996. After 1997, as a large number of tin plate production equipment was built and put into operation one after another, domestic production began to grow rapidly, and the export volume began to increase gradually, which greatly improved the domestic self-sufficiency rate of tin plate, which reached 86.7% in 2001. From January to July 2016, domestic exports of tinplate (tin-plated iron, chrome-plated iron) totaled 858,000 tons, an increase of 18.4% year-on-year. In 2015, the domestic export of tinplate was 1.224 million tons, a year-on-year decrease of 8.5%. 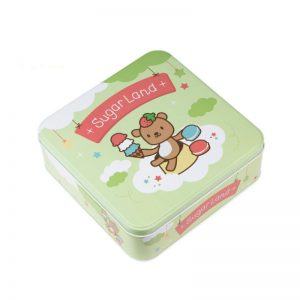